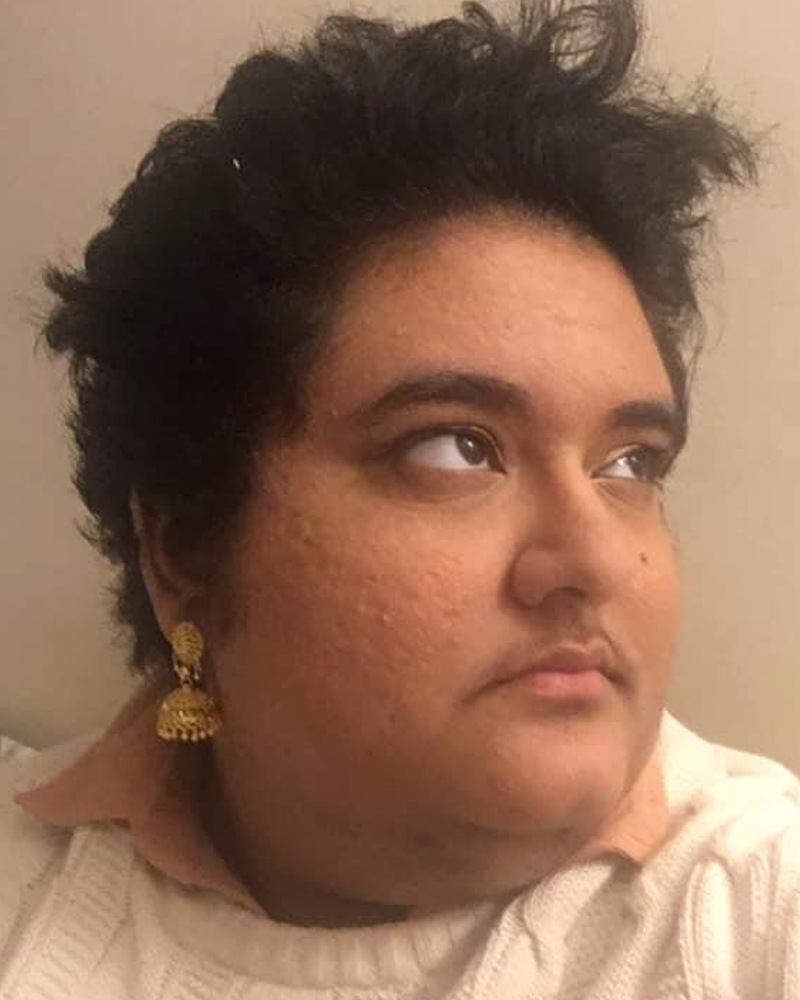 “Mentoring means passing on how our communities have survived and continue to survive to the next generation. It is a keeping of ongoing community history.”

We are proud to induct Noor Pervez into the Susan Daniels Disability Mentoring Hall of Fame.

Noor Pervez is originally from a small suburb in North Texas. He is the child of Pakistani immigrants, and grew up doing a great deal of reading and writing, and would later progress to doing academic decathlon and speech and debate. He came into his identity as a queer, trans and disabled Muslim at the start of college, where he transitioned from student leadership into college activism with Rainbow Guard, an LGBT policy organization on campus. He served as policy chair and later president for the organization, and was one of the primary writers and editors for a policy proposal resulting in increased funding for LGBT resources on campus.

Noor was invested in several aspects of campus life, from an on campus job tutoring to volunteering with the campus food pantry, but his introduction to Rainbow Guard is what prompted him to begin creating events and presentations around the intersections of LGBT identity and other aspects of identity he had experience with, including faith, eating disorder recovery, and disability. His activism led him to apply for a job with the Autistic Self Advocacy Network as Community Engagement Coordinator, where he works to this day.

In addition to his work with ASAN, Noor serves as an accessibility and disability justice advisor for Masjid Al Rabia, a trans-affirming masjid in Chicago. He continues to maintain relationships and present with a variety of community organizations, including Desi Rainbow Parents, Khush DC, Advocates for Youth, and the Gender Illumination mentorship program. Noor has bylines at Rooted in Rights and Disability Visibility Project, and has presented at a variety of conferences including Philly Trans Health, Muslim Youth Leadership Conference, and Creating Change (where he has co-facilitated the Disability Justice Day-Long Institute for the past two years). Noor recently received the Paul G. Hearne Emerging Leader Award, which he is currently using to begin the creation of an Easy Read translation of the Holy Quâ€™ran. He also provided a keynote on the concepts of intersectionality, racism, and disability justice to Cal TASHâ€™s virtual conference in 2021.

Noor takes incredible pride in having been brought into and supported in his activism and his identity largely by other southern trans and disabled people, and being supported by other queer and disabled people in an ongoing capacity as he has grown. In the absence of his many communities, Noor does not feel that he would be who he is or where he is.