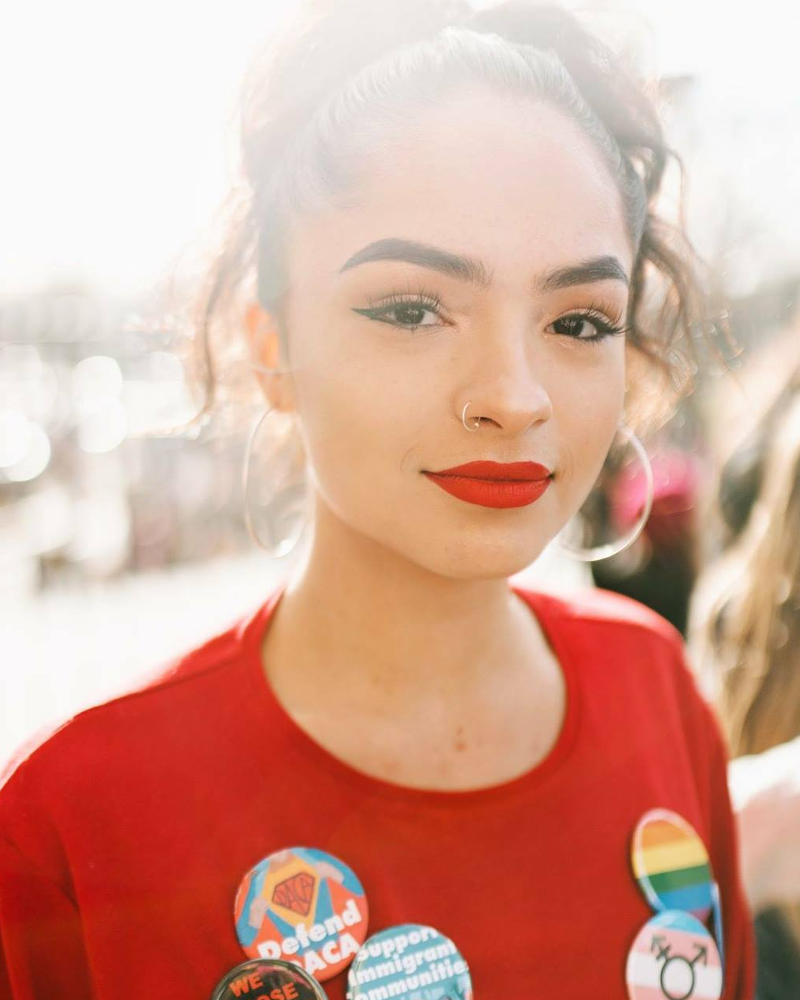 “Mentoring is dedication, motivation, support, love, and community building. Mentoring is paying attention to yourself first so that you can support everyone else next.”

We are proud to induct Fanisee Bias into the Susan Daniels Disability Mentoring Hall of Fame.

Fanisee Bias (she/her) is a youth activist and organizer in her community of Boise, Idaho and currently, San Diego, but indirectly across the nation. Her activism came to fruition after she was diagnosed with a spinal disease called Transverse myelitis; she had to learn how to advocate for herself and her disability which made her passionate about advocating for others. At the start of her junior year in high school, she started working at the Idaho Coalition Against Sexual and Domestic violence to be in the youth movement to end gender-based violence and learn more about social justice. She focuses on and incorporates the intersectionality of justice work in all of the space she is in.

She is studying Sociology with a concentration in Social Justice at the University of San Diego to educate herself on social systems and societal behaviors by developing her collective organizing in new environments with new communities. For her first three years at USD, she has been interning at an organization called the United Front Multicultural Commons that focuses on liberating people of marginalized identities and being a resource to underserved communities on and off-campus.

In order to progress towards the goal of disability justice, she has shed light on disability rights, people with disabilities silenced experiences, and the barriers to inclusion for marginalized communities. She attended Idaho’s Youth Leadership Forum in the summer of 2019 which led her to attend the Association of Programs for Rural Independent Living (APRIL) of 2019, later serving on the youth board as Vice Chair in 2020. During the summer of 2020, she was an intern with the American Association of People with Disabilities (AAPD), and served as an ambassador for the National ABLE Resource Center.

Currently, she is continuing the leadership of her student organization she founded at USD called Alliance of Disability Advocates and focusing on her role in Student Government as Speaker Pro Tempore and the Universal Design Committee Coordinator while also serving on the Disability Rights, Education, Activism, and Mentoring (DREAM) board for college students across the nation. She speaks for herself but fights for her communities. She has always been very passionate about making the world a better place for all communities, especially marginalized and underserved populations she can be a voice for.