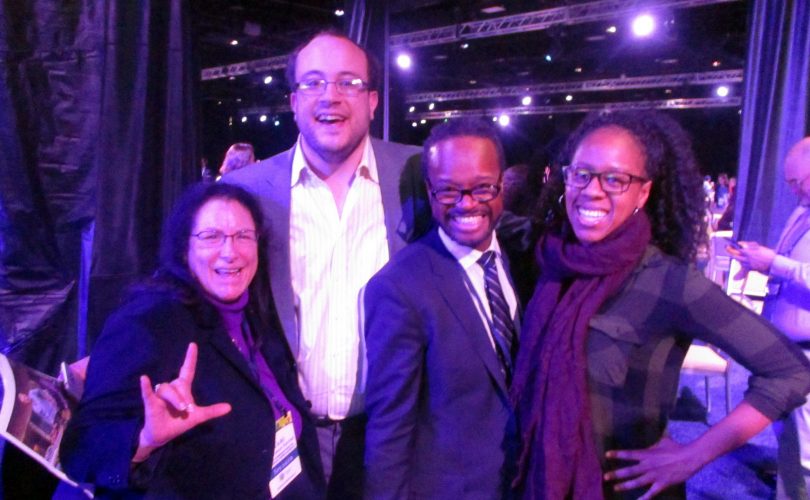 The National Disability Mentoring Coalition (NDMC) has named 16 individuals, one mentoring circle and five organizations as inductees into the Susan M. Daniels Disability Mentoring Hall of Fame.  Selection criteria for the Class of 2018 included demonstrated commitment to mentoring and the impact of contributions on improving the lives of people with disabilities.

Substantial research has shown that mentoring is a critical element in helping youth from diverse backgrounds transition to independent adulthood and successful careers.  For youth with disabilities, mentoring is even more critical because most come from families that have no experience with disability and there are few role models to follow.  Moreover, peer mentoring and career mentoring have demonstrated effectiveness in strengthening self-advocacy, advancing career development, and promoting inclusion through positive engagement.  The NDMC established the Susan Daniels Disability Mentoring Hall of Fame to highlight the importance of mentoring for people with disabilities and to honor individuals and organizations that provide exemplary service.

The Class of 2018 Hall of Fame inductees – announced today in honor of the Hall of Fame’s namesake, Susan M. Daniels, who would have turned 70 years old  – are:

Inductees will be honored at an event in Washington, DC on January 29, 2019.  Background information on all of the inductees is available in the Hall of Fame section of the NDMC website, www.disabilitymentors.org.

Sponsors for NDMC and the Hall of Fame are Cornell University’s Yang-Tan Institute on Employment and Disability, Mitsubishi Electric America Foundation, New Editions Consulting, and PolicyWorks.

In 2015, the NDMC named 25 outstanding leaders as the first inductees into the Disability Mentoring Hall of Fame – 25 champions marking the 25th anniversary of the Americans with Disabilities Act.  In each year since, public nominations for the Hall of Fame have been solicited across the country, with finalists chosen by the NDMC Recognition Committee.

About the National Disability Mentoring Coalition: The Coalition aims to raise awareness about the importance and impact of mentoring in the lives of people with disabilities and to increase the number and quality of disability mentoring programs around the country. Members include the American Association of People with Disabilities, Association of University Centers on Disabilities, Bender Leadership Academy, BroadFutures, Cornell University’s Yang-Tan Institute on Employment and Disability, DREAM at the National Center for College Students with Disabilities, MENTOR: The National Mentoring Partnership, Mitsubishi Electric America Foundation, National Telecommuting Institute, New Editions Consulting, Partners for Youth with Disabilities and Policyworks. Learn more and apply to join the Coalition at: www.disabilitymentors.org.