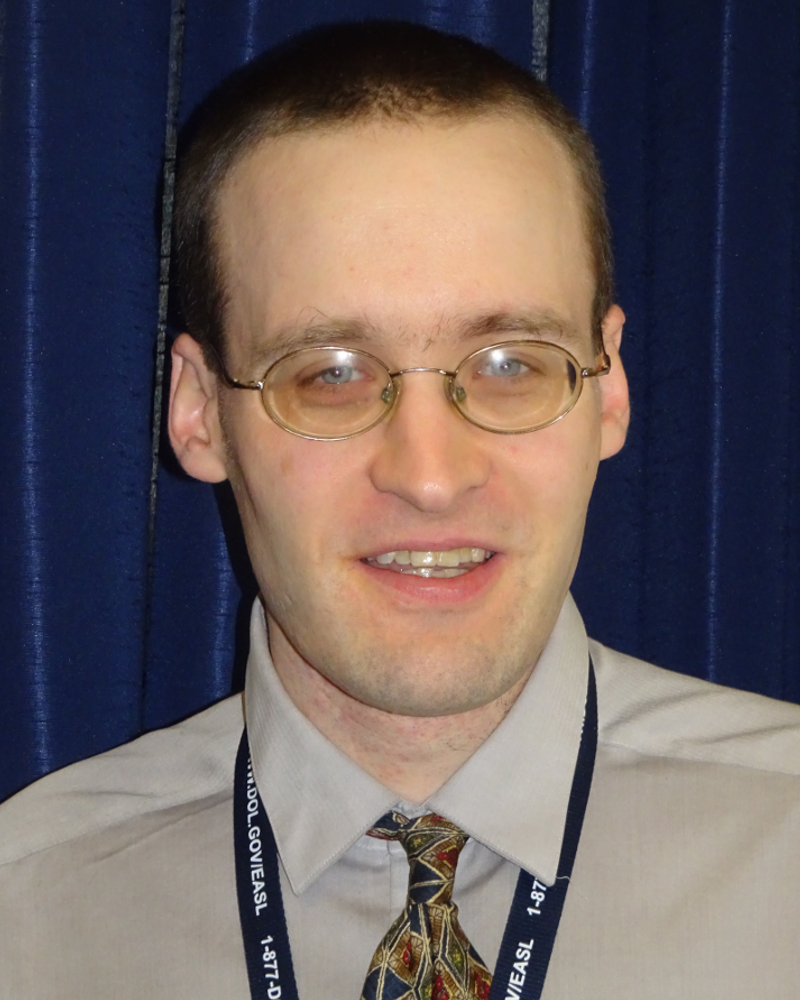 “My mentors from the disability community and academia have installed in me a long-term passion to mentor and help empower fellow persons with disabilities. I have provided mentoring, guidance, and counsel to many youth and adults with disabilities from diverse backgrounds to support the social justice goals of the Americans with Disabilities Act. I have also aimed to foster the career development, self-determination, and self-advocacy of my mentees. This pursuit has reflected my dedication and commitment to pay it forward for supports and services that helped propel my own achievements in school, work, and life.”

We are proud to induct Scott Michael Robertson into the Susan Daniels Disability Mentoring Hall of Fame.

Dr. Scott Michael Robertson is a policy strategist, a social scientist, an accessible technology expert, and a leader in neurodiversity and inclusion. Dr. Robertson co-authored the seminal Keeping the Promise Report that formed the basis for the 2014 Medicaid HCBS Settings Rule. He has received numerous honors and awards for his work activities to increase access and opportunity for youth and adults with disabilities. Dorris Consulting International awarded him and his colleagues a Service to the Citizen Award in 2020 for a project that advances national policies and practices to promote accessible work technology. In 2011, he received the Jay S. Drotman Memorial Award from the American Public Health Association for emerging leadership to foster health policy and practices.

Dr. Robertson has orchestrated ODEP’s $3.5 million Partnership on Inclusive Apprenticeship as the federal project manager to drive access to career pathways in high-growth, high-demand fields like information technology and healthcare. He has spearheaded ODEP’s activities to enhance national autism policy, support neurodiversity at work, and expand access to gainful employment for autistic youth and adults. He has also advised on policy and practices to foster accessible and emerging technology, such as artificial intelligence and automated vehicles. In earlier roles at ODEP, Dr. Robertson advised on youth policy and practices to support the implementation of the Workforce Innovation and Opportunity Act funding $10 billion workforce development systems. He also advanced national policies and practices for school-to-work transition and youth leadership.

In 2006, Dr. Robertson co-founded the Autistic Self Advocacy Network (ASAN) as a national nonprofit organization, and he then served as the Founding Vice President. He later served as a Public Member of the U.S. Interagency Autism Coordinating Committee under an appointment from the U.S. Secretary of Health and Human Services. While living in Pennsylvania, he co-developed the state’s Adult Autism Waiver, a Medicaid Home and Community-Based Services program, to increase access to community supports and gainful employment for more than 500 autistic adults. He also served on the Pennsylvania Developmental Disabilities Council.