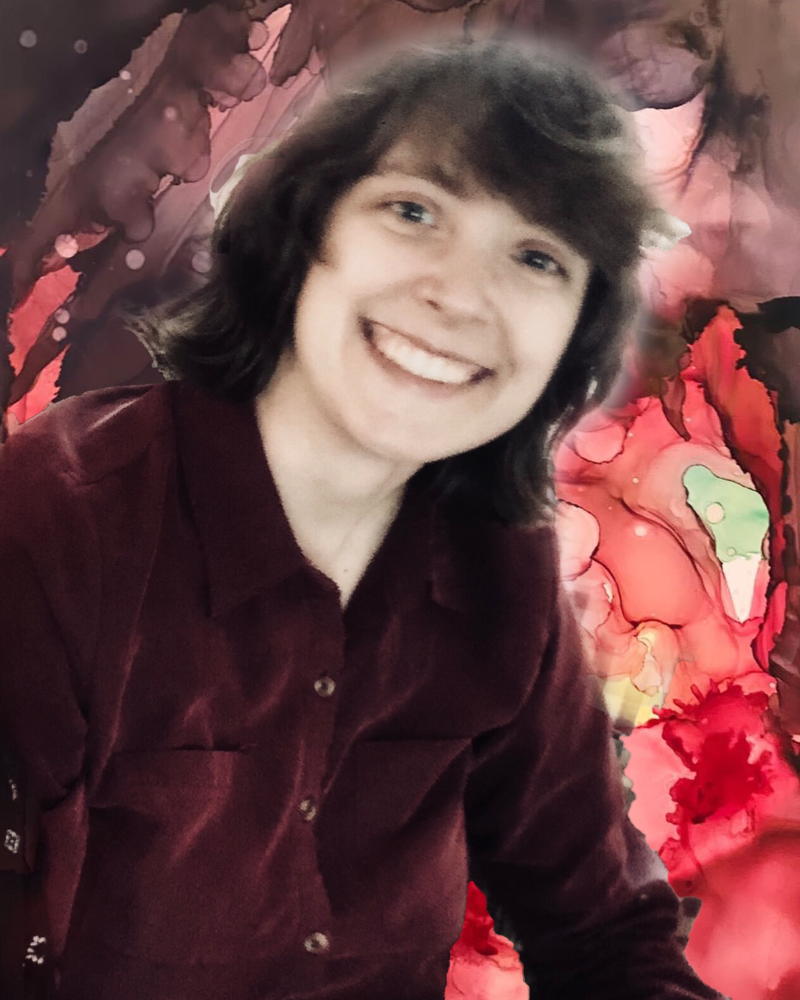 “Mentoring is a shared experience that serves to motivate and encourage others through example. Mentoring originates from a place that parallels perseverance and passion, always committed to the greater good – which is key to thriving and working to make the world accessible for everyone.”

We are proud to induct Liz Pritchard into the Susan Daniels Disability Mentoring Hall of Fame.

Liz Pritchard is a neurodiverse artist, advocate, teacher, author and presenter whose advocacy has taken her to Taiwan, Philippines, Mexico and Canada through global network, ANCA (Autistic Network for Community Achievement), as one of the ANCA World Ambassadors. Pritchard’s role as an advocate and ambassador is to demonstrate, advocate, connect and represent the endless possibilities and amazing potential neurodiverse individuals have to offer. Pritchard believes that everyone deserves a chance, regardless of labels.

Pritchard is the creator of an original comic book series titled PaperBag Comic, which is a series of short stories about learning to love all of oneself in spite of their flaws – too much doubt can be very debilitating, but the right amount can help you be the best version of yourself. Pritchard illustrates inclusion for all kinds of minds, and focuses much more on the human component of each character. Pritchard self-published seven hundred pages of this series so far, which is still ongoing. During the COVID pandemic, Pritchard has also produced a one hundred-page poetry book featuring her original poems.

Pritchard advocates for autism and mental health conditions, and was featured in CITY Newspaper as one of Rochester’s 10. Pritchard also is an Ambassador for the Autism Council of Rochester, the organization that opened an autism center dedicated to Trevyan Rowe. She was also interviewed on ROC Voices Radio on the topic of recovery from addiction, and on Spectrum News several times for autism acceptance, and most recently on WXXI’s Dialogue on Disability and NPR for finding opportunity as an artist in the midst of a global pandemic.

It was through Pritchard’s mentor, Alec Frazier (who passed in February 2021), that she was introduced to the Lights! Camera! Access! (LCA) network, where she learned how to network and build strong, meaningful connections. Through networking with LCA, Pritchard landed a gig with A+E Networks as the content creator for The Employables social media advertisements and created the quote card art for each episode in the series.

Pritchard and her mentor, Alec Frazier (who passed earlier this year), have traveled to multiple comic con events across the United States over the last few years, and served as panelists for New York Comic Con in 2019.

Pritchard also teaches part-time as an Art Instructor for students of all ages and abilities, at a creative arts center called Spectrum Creative Arts.

In 2020, Anna Pakman and Liz Pritchard created a docuseries film for the Easterseals Disability Film Challenge, titled “My Superpower,” which Pritchard filmed, edited and created the visual effects for.

Through LCA, Pritchard was hired as the Post Production Supervisor and Video Editor for the ADA30 Lead On: Celebration of Disability Arts, Culture, Education and Pride Production and the NDEAM (National Disability Employment Awareness Month) Production of 2020.