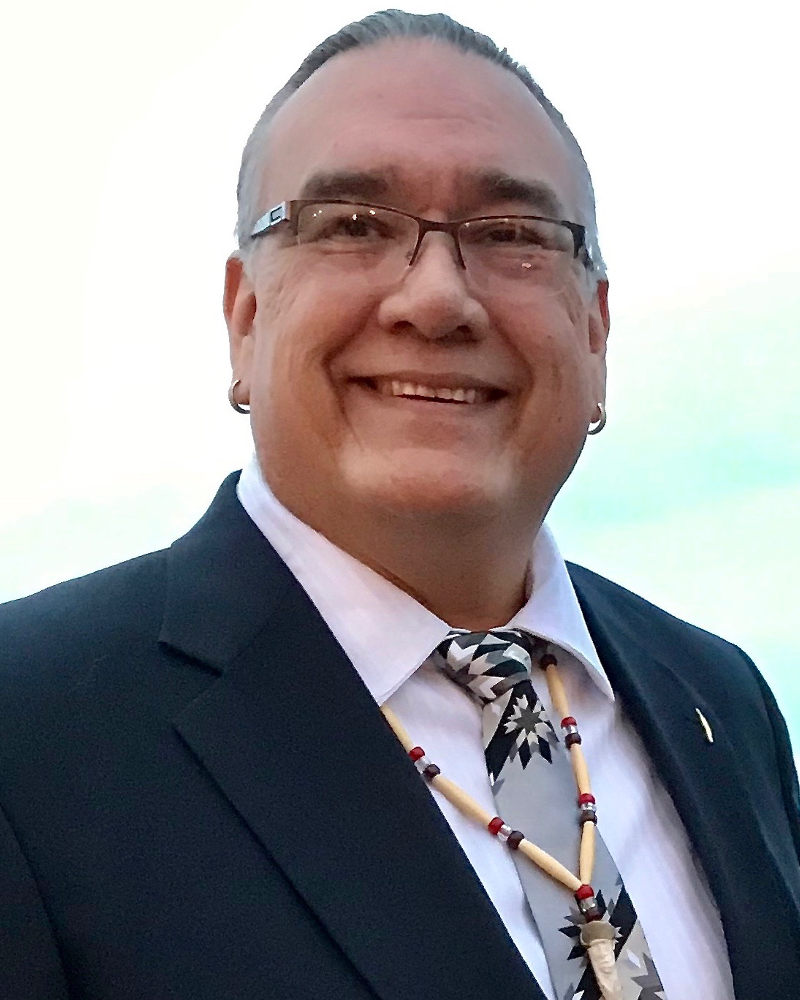 “Mentoring is a wonderful way to influence future generations. To have an opportunity to mentor others is a result of unique life experience and sharing those experiences. I am fortunate to have great mentors in my life starting with family. Regardless of our circumstances, we all must leave good footprints… wheel prints… cane prints… whatever prints you may leave… we can impact several generations of people. Indigenous knowledge indicates we must represent our people in a good way seven generations behind and seven generations ahead. We all can collectively make a significant difference for future generations. Pilamaya…”

We are proud to induct Jim E. Warne into the Susan Daniels Disability Mentoring Hall of Fame.

Jim is a member of the Oglala Lakota (Sioux) Nation. His mom, Beverly, grew up on Pine Ridge Reservation and is Director of Native American Nursing Education Center at South Dakota State University College of Nursing and his dad, Jim Sr., worked in international business finance and lived with multiple sclerosis for 37 years. His brother, Don Warne, MD, is Chair of Indians Into Medicine (INMED) at University of North Dakota. Jim’s wife, Jill, is from the Hoopa Tribe in California and he has a son, Ryan. Jim earned a BS from Arizona State University and MS and Post-Graduate Certificate from San Diego State University (SDSU). Jim successfully wrote over 40 million in grants for various Universities and Tribal Nations.

Currently, Jim is the Community Engagement Director at University of South Dakota (USD) Center for Disabilities, Oyate` Circle at Sanford School of Medicine. Jim is also an Instructor for USD Pediatrics. Oyate` Circle is under the University Centers for Excellence in Developmental Disability (UCEDD) for South Dakota. Jim wrote several grants to create the Oyate` Circle that include partnerships with various state/federal agencies, universities and organizations.

Huddle Up for Kids Foundation Board of Directors Management Team, Pittsburg, PA