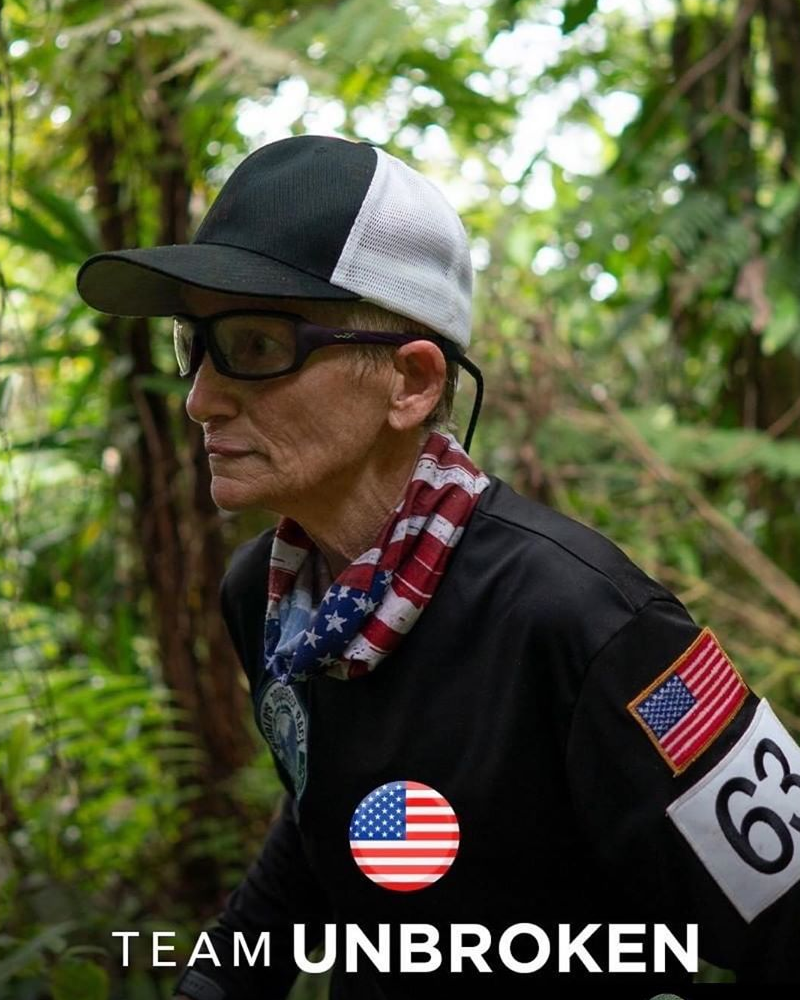 “Mentoring to me means I have the honor to assist someone to be their best self.”

We are proud to induct Gretchen Evans into the Susan Daniels Disability Mentoring Hall of Fame.

Texas native Command Sergeant Major Gretchen Evans (retired), a highly decorated female veteran, began her journey when she entered the United States Army at 19 years old. Shortly after completing Basic Training at Fort Leonard Wood (Missouri), CSM Evans became an Intelligence Analyst for Commander in Chief (Europe), before studying German and Italian at the Defense Language Institute (California) as a Counterintelligence Agent. Following her graduation from language school, CSM Evans attended Basic Airborne training at Fort Benning (Georgia). Gretchen is a graduate of the Sergeant Majors Academy at Fort Bliss (Texas). She held leadership roles in multiple combat engagements and had several other deployments throughout her 27 years in the Army.

Throughout her years in the service, CSM Evans worked her way up to Command Sergeant Major – the highest rank an enlisted soldier can achieve. In this role during her final assignment, she was responsible for the security and personnel on bases and forwarding operation bases in Afghanistan, and oversaw more than 30,000 ground troops. She earned numerous medals and awards, including the Bronze Star, the Presidential Unit Citation Medal, and Global War on Terrorism ribbons, six Meritorious Service Medals and numerous other awards.

In 2006, CSM Evans’ world changed in a millisecond when she was severely wounded by incoming fire while serving in Afghanistan. The rocket blast caused her debilitating injuries, including a traumatic brain injury, internal injuries and the loss of all hearing.

After her combat injury, recent PTSD diagnosis and subsequent retirement from service, her transition from military life to civilian life was difficult. Her heart was broken and she felt hopeless, not only due to the injuries she sustained but also due to the sudden loss — of family, a team, the fellowship and the mission she had found and loved, the military experience. With grit, gumption, resilience and determination CSM Evans navigated through a changed life and found her new passion and purpose which is advocating for veterans of all services.

Today, CSM Evans is determined to pay it forward by focusing her efforts on improving the lives of her fellow veterans by actively serving as a mentor, coach, and community activist. Gretchen is an ambassador for nonprofit No Barriers USA and the U. S. Army Women’s Foundation. She continues to serve as a board member of several veteran-focused organizations and is a lifetime member of the Disabled American Veterans, Iraq and Afghanistan Veterans of America and a Wounded Warrior Alumni. In 2017, she published her first book, Leading from the Front, Lessons by a Command Sergeant Major, and in 2018, she co-led a group of youth with mixed abilities on an expedition to Nepal.

Gretchen is a nationally known motivational speaker, speaking to both large corporations, businesses and Veteran centric organizations. She was inducted into the U. S. Veteran Hall of Fame in 2019 and will be inducted into the U. S. Army Women’s Hall of Fame in March 2021 for her outstanding meritorious service with the United States Army and her community. Gretchen’s story is featured in the new 2020 bestselling book, What’s Within You is Stronger Than What is in your Way.

Gretchen has been featured on the Megyn Kelly Show, the Today Show and CBS Courage in Sports. She also has been highlighted in multiple written media publications. She is an avid hiker, marathon runner, cyclist and adventure racer.

CSM Evans currently resides in Brunswick, Maine, with her husband Robert, a retired Navy Chaplain, and their two service dogs Aura and Rusty.

“By far the best part of the whole conference.”

“Unbelievably amazing! Gretchen rocked my soul.” “Gretchen was PHENOMENAL!!!! She had amazing energy and was just an absolute inspiration.

LOVED that she was so authentic and engaging, and she was open and kind and so courageous… truly inspiring.”