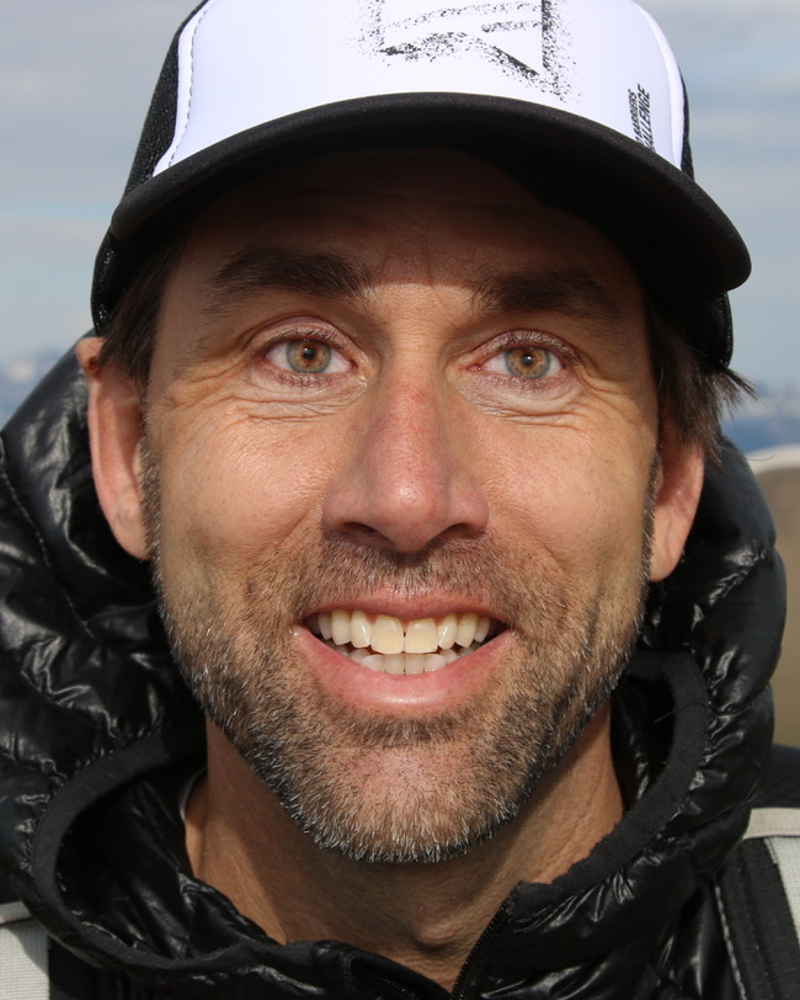 “As a blind climber, I don’t take on big mountains or even crags around my hometown alone. My success as a climber and in life has been about building great teams and learning the ropes from others. From my parents, to the counselors who first took me rock climbing more than 30 years ago, and my longtime climbing partners with whom I have stood on top of the world, these mentors have given me their time, their expertise and their friendship. As I reflect on decades of adventure, my goal is to encourage and come alongside other young climbers to take on their own summits.

But the best part of of climbing these mountains is coming down and using these experiences to elevate the world. For me, that has been mentoring young people facing all types of challenges, from blind and deaf, to kids in foster care and those who have lost parents to war. No matter the challenge, we all face barriers, but when we rope up with great people we can do better than transform our own lives, we can transform the world.”

We are proud to induct Erik Weihenmayer into the Susan Daniels Disability Mentoring Hall of Fame.

Erik Weihenmayer is one of the most celebrated and accomplished athletes in the world. In 2001, he became the only blind person in history to climb Mount Everest. When he stood on the top of Carstensz Pyramid in 2008, he completed his quest to climb all of the Seven Summits-the tallest peak on each of the seven continents.

Erik is the author of the best selling memoir, Touch the Top of the World, which was made into a feature film, as well as The Adversity Advantage, which shows readers how to turn everyday struggles into everyday greatness. His latest book, No Barriers: A Blind Man’s Journey to Kayak the Grand Canyon is more than an adventure story; it illuminates how we move forward in our lives towards growth and purpose – despite the barriers that get in our way. He is an internationally recognized speaker and brings his message of living a No Barriers Life to audiences around the world.

In September 2014, Erik and blinded Navy veteran, Lonnie Bedwell, kayaked the entire 277-miles of the Grand Canyon on the Colorado River, considered one of the most formidable whitewater venues in the world. Erik continually seeks out new adventures, focusing his efforts on empowering people traditionally swept to the sidelines of life. He founded an organization called No Barriers, which helps people with challenges tap into the human spirit, break through barriers, and contribute to the world.