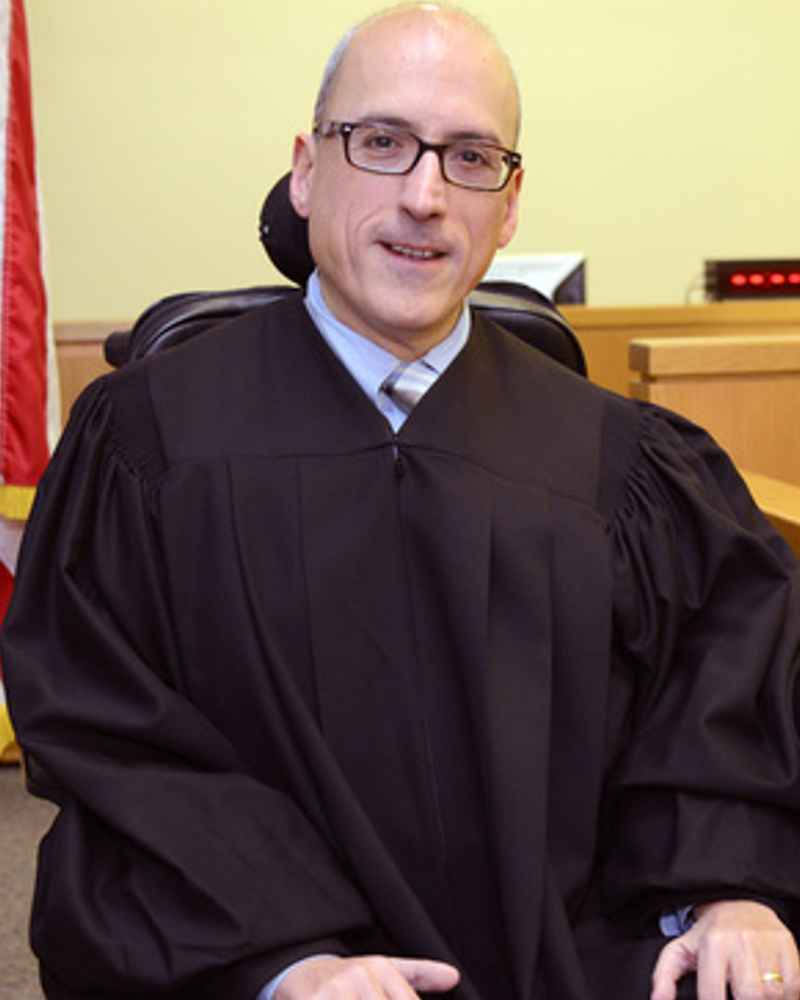 “In the spirit of Dr. Henry Viscardi, the founder of the Viscardi Center, I believe that mentoring is the reward of my professional efforts, as well as, my life experiences that allow me to assist others whom are disabled be successful in their endeavors.”

We are proud to induct Robert E. Pipia into the Susan Daniels Disability Mentoring Hall of Fame.

In 1964, Robert E. Pipia was born in Queens, New York. At the age of 5, he was diagnosed as having a Neuromuscular Disorder. He remained a resident of Queens until the age of 12 when his family relocated to Elmont, New York.

Robert attended the Human Resource School in Albertson, New York. Human Resources School is now known as Henry Viscardi School, which provides education to children who are physically disabled from PreK through 12th grade. During his high school years, he was very active in academics as well as extracurricular activities. He was a member of the National Honor Society and received honors in the area of Mathematics. He was awarded various athletic school honors and in his senior year, he was recognized by Sports Illustrated for his athletic achievements. Robert also held several positions within the student government, serving as vice president in his senior year. In 1982, he graduated salutatorian.

He continued his academic endeavors at the State University of New York in Albany and received a Bachelor of Science Degree in Accounting. He served as President of the University Action for the Disabled (UAD) for three years. UAD developed services that aid those students with physical impairments which enabled them to complete their college education. UAD was also chartered to educate the university and the surrounding community as to the abilities of those who were physically disabled. During this time, he served as a consultant to University Administrators, developed seminars for the students, and organized awareness campaigns. As a result of his efforts, Robert received a citation from the Vice President of Student Affairs for “outstanding service to the disabled community.”

In September of 1985, Robert was elected to the Central Council of the Student Association to represent five thousand off-campus students. He sat on the committees for Student Community and Academic Affairs. He also served a term as a member of the University Judicial Board, which promulgated the university’s student disciplinary code.

Robert also competed in sports as the captain of the SUNY Albany wheelchair hockey team for a period of 5 years. He conducted floor hockey clinics for high school students who were disabled at the New York State Wheelchair Sports Exposition in 1983 and 1984.

After an unsuccessful job search in the field of public accounting, Robert was urged by family and friends to pursue a legal career. He was accepted to Hofstra Law School in 1989.

During the period between his undergraduate studies and law school, Robert involved myself in community programs. He served as the chairman of the Advocacy Committee of South Shore Services for the Handicapped. This committee strived to aid individuals with disabilities to strengthen their self-advocacy skills and to become involved with issues which affected the disabled community. He also worked with the Long Island Center for Independent Living (LICIL).

While enrolled in Hofstra Law School, he was proud of being involved with the establishment of the Gia L. Terrell Scholarship of the organization known as Advancement of Challenged Citizens towards Equality and Self-Sufficiency (ACCESS). The Gia L. Terrell Scholarship was endowed as a memorial to a student who had given great efforts in creating independence for individuals with physical disabilities. The scholarship was given to a student who portrayed these characteristics. The ACCESS Group served as a student organization which was dedicated to law students who were disabled and for those students who were interested in disability issues.

In his third year of Law School, Robert was selected to be a member of the Hofstra Constitutional Law Clinic in which he practiced as a student attorney. During this time, he was involved exclusively with the Civil Rights Case CARECEN v. City of Glen Cove which is the first of its kind to be settled through alternative dispute resolution. For his work on the CARECEN Case, he earned distinction, receiving the 1992 Clinical Law Award. During his law school tenure, Robert was fortunate enough to receive the Walter Sackur Scholarship as well as the Jackson-Stricks Scholarship, which was awarded by the National Council of Jewish Women.

Robert passed the February 1993 Bar Exam and was admitted to the Bar in July of 1993. This was only after he was forced to file a federal suit against the New York State Board of Law Examiners for violations of the Americans with Disabilities Act when he was denied reasonable testing accommodations. This action brought to light the serious patterns of discrimination which the Bar Examiners had followed and sparked a federal investigation by the United States Justice Department.

In November of 2014, Robert was elected Judge of the Nassau County District Court, where he presently serves.

He has also served as a member of the State Rehabilitation Council, which served as the oversight agency for Vocational and Education Services for Individuals with Disabilities, which is a division of the New York State Department of Education.

Robert frequently returns to the Henry Viscardi School to speak with, and individually counsel, members of the Senior Class about what to expect in college and how to plan for their careers as individuals who are physically disabled. In 1995, he was fortunate enough to coach the first team from Henry Viscardi to participate in the State Bar Association’s High School Mock Trial competition. This program enabled these physically disabled students to compete against abled bodies students from other schools. Robert now serves as a member of the Viscardi Center Board, as well as its subsidiary Abilities Inc., which assist individuals with disabilities in entering employment.

Maggie and Robert are currently featured in an exhibit at the President George W. Bush Library in College Station, Texas. They are in a video that concerns that Americans with Disabilities Act, which was enacted during the Bush Administration.

Robert is actively involved in his church St. Frances De Chantal in Wantagh, serving as a lecturer and as a member of the Liturgy Inclusion Committee.

He has also continued his affiliation with Hofstra Law School by serving on the Board of Directors of the Hofstra Law Alumni Association.

His personal interests include being physically fit, participating in athletics, watching professional sports, following politics, and last, but not least, spending time with his family and friends.