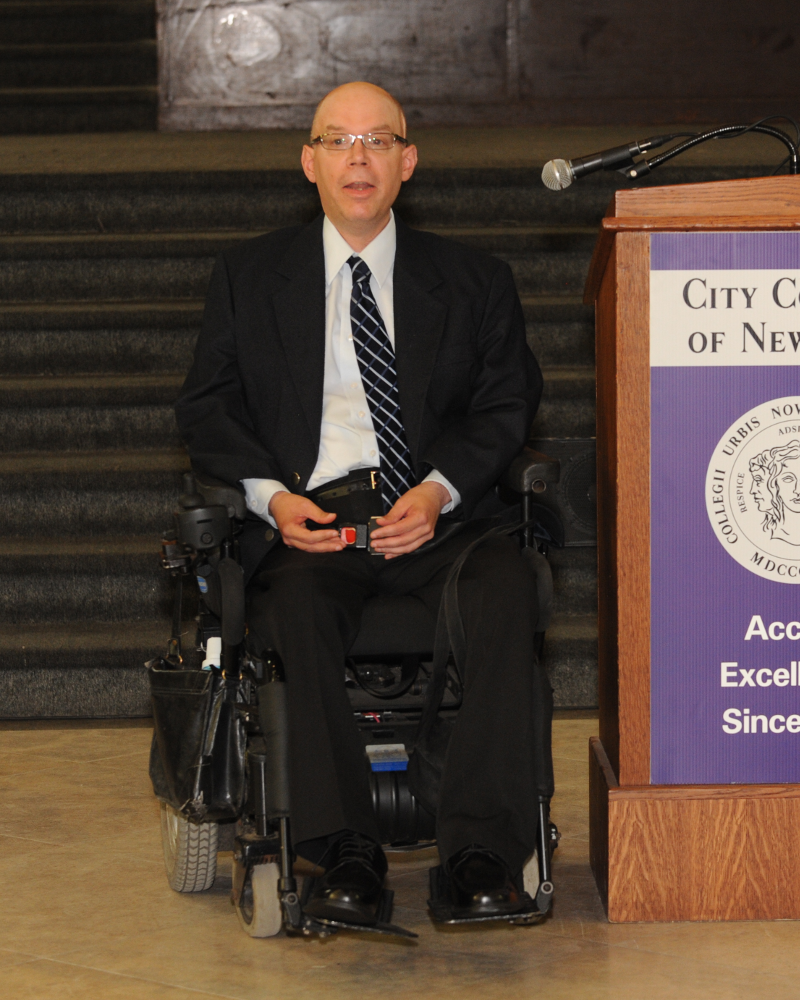 “Mentoring is a sacred relationship through which disability pride and culture are cultivated and inter-generational success among people with disabilities is created and sustained.”

We are proud to induct Christopher Rosa into the Susan Daniels Disability Mentoring Hall of Fame.

Interim Vice Chancellor Rosa served as the University’s Assistant Dean for Student Affairs for eight years. Prior to serving as Assistant Dean, Dr. Rosa was the Central Office’s Director of Student Affairs, where he was responsible for administrative leadership of key student service areas including Student Activities, Mental Health and Wellness Services, International Student and Scholars Services, Veterans Services, Child Care, Women’s Centers, and Career Services. This year, he celebrates his 30th year of service to CUNY—first as a student leader, later as a member of its faculty, and in more recent years as an administrative leader.

Dr. Rosa joined the CUNY Office of Student Affairs in July 2004 after 11 years of student affairs experience at his alma mater, Queens College. While at Queens, Interim Vice Chancellor Rosa served as Director of Services for Students with Disabilities and Director of the College’s Student Support Services Program, following time spent as the College’s 504/ADA Compliance Officer, Affirmative Action Officer, and Student Disciplinary Officer. While Dr. Rosa has diverse, broadly-based student development experience, he is best known at CUNY for his nationally-recognized work on behalf of inclusive higher education opportunities for students with disabilities—he has secured more than $12 million in external funding to support efforts in this area. These include the highly acclaimed CUNY LEADS program, which transitions CUNY graduates with disabilities to competitive employment at more than twice the national average, and more recently, the establishment of model inclusive higher education programs for students with intellectual disabilities at CUNY, through funding from the U.S. Department of Education.

A published disability studies scholar, Interim Vice Chancellor Rosa serves in national leadership roles for organizations that promote access and wellness for Americans with Disabilities, including Chair of the Executive Committee for the U.S. President’s Committee on Employment of People with Disabilities, and presently as the Vice Chair of the Muscular Dystrophy Association’s Board of Directors.